‘Seeing Red’ is an exclusive extract from the best-selling ‘Mad For It’, published in association with FourFourTwo magazine. It examines one of the greatest sporting rivalries from the viewpoint of the people that matter; the fans.

‘Mad For It’ proves that some football matches are far more than just a game.

These short extracts, from the original book published in association with FourFourTwo magazine, provide a fresh and revealing insight into the people that make these matches matter – the fans – using their own words and stories to illuminate the conflicts, tensions, histories and celebrations behind these unforgettable games.

This first essay examines the biggest rivalry in English, if not World, football. Led by Sir Alex Ferguson and Kenny Daglish, games between Manchester United and Liverpool stir up some of the strongest emotions of any sporting event. On match days, two of the biggest cities in the UK come to a standstill. ‘Seeing Red’ gets to the root cause of the rivalry and examines why it matters so much.

Andy Mitten started the Manchester United fanzine 'United We Stand' when he was 15, in 1989. He writes for The Independent, FourFourTwo and GQ. His previous books include Paddy Crerand’s autobiography, Never Turn The Other Cheek, The Rough Guide to Manchester United and We're The Famous Man United. 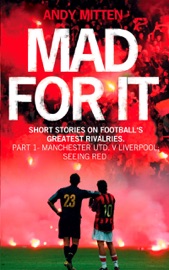